With theatre performances restricted, we present Benjamin Britten’s ‘ghost opera’, Owen Wingrave, filmed on location in haunted houses in Surrey and London. (Britten wrote the opera for TV – though he didn’t own a TV set).

Britten completed the work by August 1970 and, on 16 May 1971, it was broadcast on BBC2. Britten did not own a TV at the time; for his 60th birthday in November 1973, Decca presented the composer with a set. 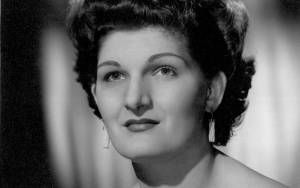 Based on a Henry James’ ghost story, the opera tells the story of an army family – the Wingraves – who have locked away a hideous secret in their grand house, Paramore. Owen is the heir. All hell breaks loose when he announces that the army isn’t for him…

Founder / CEO Wasfi Kani says: “The opera requires a dozen interiors, which are well-nigh impossible to achieve on a theatre stage. However, filmed on location, we can have the Wingraves living in a real house, playing out their poisonous squabbles.

In addition to its being an expression of Britten’s own pacifism, he was also reported as saying Owen Wingrave was partly a response to the Vietnam War. We are setting our production in 2001 on the brink of the war with Afghanistan which disgusts Owen, but inflames his spinster aunt – played by Wagnerian soprano Susan Bullock.”

In the words of Henry James: “A piece of ingenuity pure and simple, of cold artistic calculation, an amusette to catch those not easily caught.

The opera is presented with the kind collaboration of Faber Music and The Britten Estate.

Back to Interim Season