With love from Malta

Available
Jump to
JUMP TO
Dates and tickets

His January – July 2020 schedule included two operas at the Metropolitan Opera, an appearance with the American Friends of Grange Park Opera in New York and then Gioconda at the Theatre in the Woods. The pandemic put a sharp halt to all of that.

However, Joseph is booked with us for 2022 for the Gioconda that was created for the Lost Season. After all, the set has been built.

Joseph was very keen that his Found Season concert should include an image of his dog Mars. (We had teamed him up with a giraffe – which offended him).

Around the  golden swirls of St John’s Cathedral in Valletta, Malta, was where Joseph’s singing life began. It was also the scene of his first, if you like, operatic moment: “I fainted in the procession down the aisle, as the clothes I was wearing were too tight. The church and its ceremonies were the fabric of my life – I was an altar boy, and had two uncles who were priests – but this cathedral, for all its baroque exuberance, is elevated to a different plane by a painting: The Beheading of St John the Baptist by Caravaggio”.

Aged 19, Calleja  made his opera début as Macduff Macbeth at the Astra Theatre, Malta.  He has since gone on to appear with the world’s leading opera companies.

In 2002 he made his Royal Opera début as the Duke of Mantua Rigoletto, and has since sung many roles there: Alfredo Traviata, Gabriele Adorno Boccanegra, Rodolfo Bohème, the title role in Faust, Riccardo Ballo in Maschera, Pollione Norma, and Cavaradossi Tosca.

Calleja was selected as Malta’s first cultural ambassador in 2012, and was recently named a brand ambassador for Air Malta. With Malta’s Bank of Valletta he has founded the BOV Joseph Calleja Foundation, helping children and families in need. His other philanthropic projects include the Inle Trust providing training, sanitation, hygiene and education for the people of Phaya Taung, Myanmar. 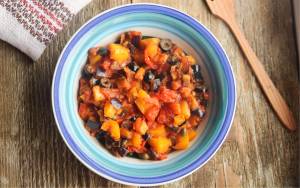