Sculptor Raphael Maklouf (born 1937, Jerusalem) is best known for his effigy of Queen Elizabeth II used on obverse of British coins minted between 1985 and 1997. His life-size public sculpture of Shakespeare sits on bench in Southwark, near the Globe Theatre.

Raphael has been a neighbour of the Gascoignes for more than half a century and is greatly looking forward to creating Bamber’s bench. 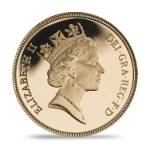